Free Shipping on $99 Or More
Shop for Face Masks and other Personal Protective Equipment at Discount Safety Gear.com

While you are sitting in front of your fireplace or wood stove, feeling warm and cozy from the fire, you are enjoying a ritual of comfort and enjoyment that has been around for centuries. While you're enjoying your fire the last thing on your mind is probably thinking about the condition of your chimney or fireplace flue. However great the enjoyment of your fireplace or wood stove can be very short lived if you are not giving proper thought to maintaining your chimney before you light a fire to warm your home!

According to a study by the National Fire Prevention Association (NFPA), in 2011 alone there were 53,600 home fires that involved home heating equipment. The leading factor contributing to heating equipment fires was failure to clean creosote from solid fueled heating equipment, primarily chimneys. These fires caused: 400 Deaths, 1540 Injuries, and $893 Million dollars in property damage. Those are shocking numbers considering the fact that with the use of preventative products and regular chimney cleaning, chimney fires are preventable!

Creosote: The Leading Cause to Chimney Fires

Wood Stoves and fireplaces are specially designed to allow you to safely heat your home with wood fueled fires because the chimney allows the by products of combustion to be safely expelled out of your home. These by-products of combustion include smoke, water vapor, gasses, and unburned wood particles. As these combustion gasses flow up the chimney condensation occurs due to the cooler temperature in your chimney leaving behind a residue know as creosote on the inner walls of your chimney. Creosote is blackish brown in color and can have many forms ranging from crusty and flaky to sticky and drippy. Most chimneys will have a variety of forms of creosote build up but regardless of the form, creosote is highly flammable.

The following Chimney conditions encourage the build up of creosote:

Chimney Fires: Not Always so Obvious

If the unfortunate happens and your home is subject to a chimney fire most often you will know it. Chimney fires can be explosive and thick dense smoke are often noticed by neighbors or those passing by. However, there is also another type of chimney fire that can occur without being so obvious, a slow burning chimney fire.

ChimFex: Make the best of a bad situation

If you ever are in the mist of a chimney fire we, and firefighters nation wide, recommend calling 911 IMMEDIATELY and then using Chimfex fire suppressant. This fire suppressant is indispensable as the first line of defense for controlling fires that occur from creosote build-up in chimneys. Independent test results show it suppresses a chimney fire in an average of 22 SECONDS! Chimfex is a safe, fast, and easy-to-use tool to combat a chimney fire. 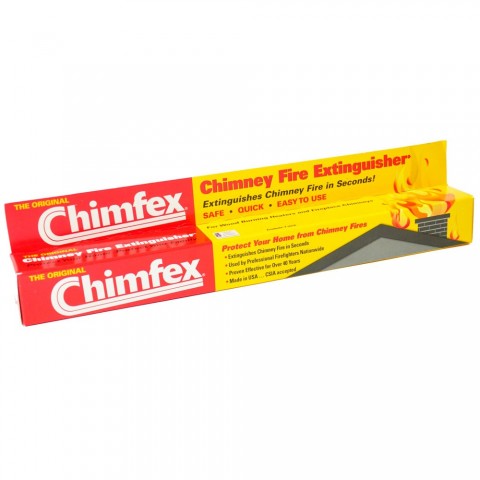 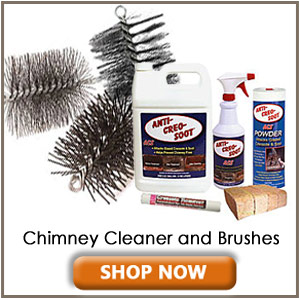