Through the Roof installation

Through the Wall installation

through the wall vent would be shaped horizontal or on an angle that is perpendicular to the fireplace. This particular installation involves placing a hole in the side of your home in order to allow the installation of a stove pipe. As the fireplace is in use and is burning fuel and other materials, the fumes and exhaust from the fire are drafted through the wall and up. The best location for chimneys for optimum performance and draft is on an interior wall of the house. An exterior chimney is subject to cold outdoor temperatures, leading to greater heat loss and higher rates of creosote accumulation and moisture condensation in the chimney. 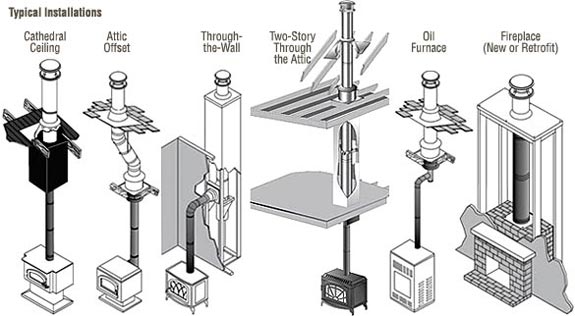